In this episode I speak with Ursula Wharton, the founder of Deep Listeners .

Ursula shares her personal story about the loss of her son to suicide. As a result of her loss, she created a free community offering called Deep Listeners that aims “to up-skill and empower community members and organisations to be prepared and willing to listen compassionately to each other.”

In this episiode Ursula shares how:

I was alarmed at the daily number of suicides (see statistics below). However, as a result of  talking with Ursula I was left with a sense of hope. I feel we can all benefit from improving our listening skills, which may in turn help someone close to you and prevent them from self harming or harming others. This is why I decided to take part in Deep Listeners Safe Talk half-day training and signed up to do their two-day foundational course.  After an unsettling 2020, I believe deep listeners could provide compassionate support to communities all over the world.

If this story has raised any issues for you, or you are in immediate danger of harming yourself or others, please contact emergency services on 000 or contact one of these outreach services: 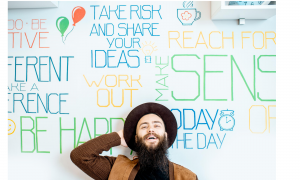